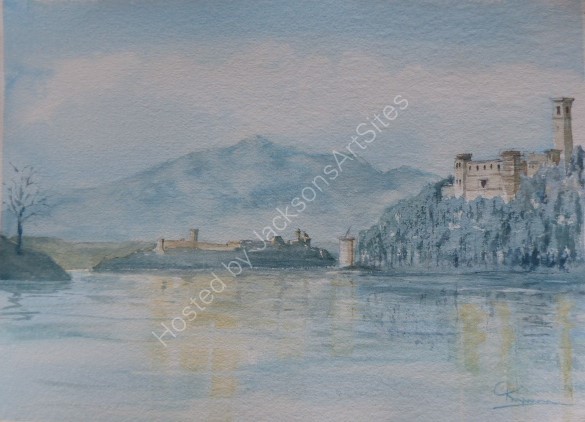 There are three islands in the lake. The largest of these islands is Isola Polvese, almost 1.2sq.km. The second largest, Isola Maggiore, is the only inhabited one. Minore being tiny is a natural bird sanctuary. buildings of note including the ruins of a Franciscan monastery, date from the 14th century. The impressive Guglielmi castle right of picture on Maggiore Isle was built in the late 19th century on the foundation of an old Franciscan church.